DNA, finding is very interesting and probably to you all also.   Roberta Estes, thanks for posting this.
It may help when doing classes for the attendees to read this type of information.

She covers lots of topics and if you are doing Hispanic, Indian, and other research she is very informative.

Roberta is also affiliated with the Lost Colony group at Roanoke Island.


Posted by Susi's Quarter at 8:18 AM No comments: Links to this post

Thomas Trowbridge, Another Ancestor of Mine and Yours?

Reading Randy Seavers' blog post stating he is related to Thomas Trowbridge brought this big question to my mind.

How many others are related to this Thomas Trowbridge line?

How many in our society in Chula Vista are related to him?

How many in the San Diego Genealogical Society are related to him?

Something I noticed in one of the books they were reading from  also mentioned my Tuttle line.

Are you related to Thomas Trowbridge?
Posted by Susi's Quarter at 7:00 AM 1 comment: Links to this post 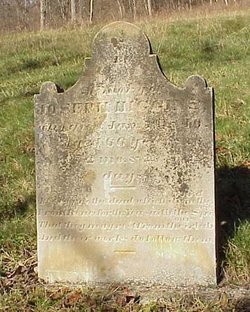 This is Elizabeth Higgins Hoffman's father and mother.
Posted by Susi's Quarter at 10:55 AM No comments: Links to this post

Saturday, September 7, 2013
9:30am to 4pm
Bonita-Sunnyside Library, 4375 Bonita Road
Bring your lunch – or enjoy nearby eateries
To register or information: See our website  cvgenealogy.org
Or contact: Susi Pentico at SusiCP@cox.net  or (619) 623-5250

Posted by Susi's Quarter at 2:55 PM No comments: Links to this post

Ironic, that the name keeps migrating around, mostly, with these above spellings.

Our line starts with a John Penticoff/cuff  spelling variant.  We find him in the 1830 census for Jersey Shores, PA.  He has  3 small children and wife.

50+ years of research later we do a soundex search and get our first potential break.  Then I do a YDNA test on my family member.  A potential cousin contacted me and her kin did a test also.

We match the YDNA of the line.  His name Benninghoff (variant) our's Pentico.

A large group of Benninghoff's were in Union County at this early time. Contact also found that John was probably one of the two older boys missing in their chain of life.  Everything fit. Still fits.

Since, I have garnered data on the Benninghoff, line.

Yesterday in the newspaper a Senator Benninghoff from Pennsylvania was asking PA to open the adoption records that they closed several years ago.

Below will be the beginning ie ending of what we know about these people.

John  Pentico ie Penticuff/coff, really Benninghoff was born about 1800. He is probably one of the two older boys missing in the Benninghoff lineage.

The stories shared with Glenora Taylor are not accurate and it is as she feared the 33 letters she did not use because so different from the other 200 she received were probably accurate. I turned down those letters more than 30 years ago.  No idea where I would have put them, alas.


John Penticoff married Katherine Young daughter of Mr. JUNG and lived together until their deaths.

John and wife lived part of the time, prior to going to Iowa in Clearfield County, near Burnside.


John removed the ff's in Iowa.  We have found what we are sure is his brother in Stephenson Co. Ill.  just over the hill in their language of the day.

We have Katherine Young's lineage back quite a ways past her father.  Both families seem to have come to USA mid 1750's era.  Have data in older computer to pull out.


As to family story repeated often there may be truth to it in beginning but much has been lost.
We know they were in USA before 1800. We know John was born in PA, USA. Not in Germanic region of the world.

The same applies for Katherine she was born in USA also, even if then it was called a British Colony.

Keep following and you will learn more as we move along.  50 years of documentation went into Mary and my search along with distant and close cousins. Pictures will be shared and hope it helps you on your way to find your link to our lineage.

Posted by Susi's Quarter at 8:09 PM No comments: Links to this post

Looking for Kasper's at the Rottweil on the Neckar area in the 1850's.

Posted by Susi's Quarter at 8:57 AM No comments: Links to this post