On Alva's W W 1 Draft Registration it states he is 44 years of age. He is an Auto Dealer, Self Employed.  Maybe Edsel?

Ancestry.com - Mason City Globe Gazette (Mason City, Iowa)
Mason City Globe Gazette( Mason City, IA)
Charles City,-- Alva E. Jones was honored with a party on his 87th birthday a the Chautauqua Guest Home where he is a resident.  Three of his daughters who were present for the occasion were: Mrs. S. V. Ohm, Floyd; Mrs J. W. Timmons and Mrs Charles A Griztner, Plainfield,
His other children are Marie Jones, Osage; Howard, Mt Vernon, Ill; and Harold, Indianapolis, Ind.


Posted by Susi's Quarter at 6:15 PM 3 comments: Links to this post 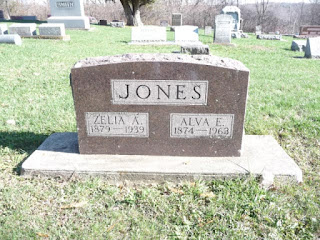 I first learned of Alva in a college book listing he was at school there. It is packed away in a box from about 20 years ago.

Then expanding my research, cold calling was applied and I located some kin of his with the help of the Chamber of Commerce in Nashua, IA.

Later Charles Jones sent me data from his files out of Nashua, Ia area.

He shows for draft in WW1.

1900 census they had Hazel N aged 2.  It is her Grandson that we shared much information with.
Charles Gritzner.
Also they had Howard L  2/12.

I would love to hear from more of this family.  SusiCP@cox.net
Posted by Susi's Quarter at 10:35 AM No comments: Links to this post 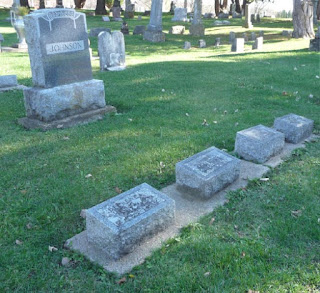 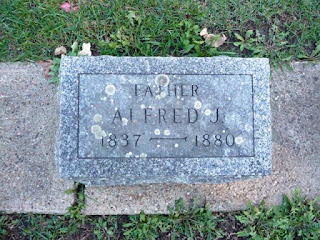 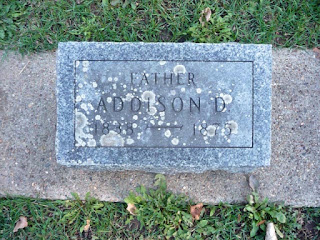 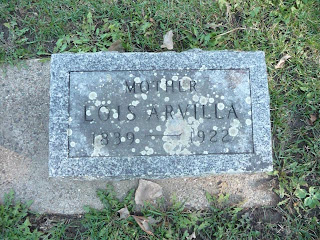 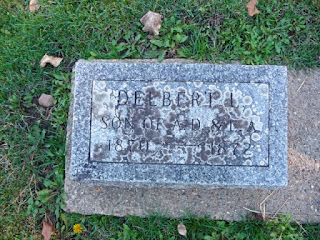 Riverton, Floyd, IA.
Posted by Susi's Quarter at 9:23 PM No comments: Links to this post

As I am still looking for Calvin Fay Jones, grandmother, we are filling in the blanks on various areas on  my want list.

Noel states Noyes birth was 31 Mar 1809. He is father and Susannah is his mother.

1810 census shows NOEL, wife and 1 minor small child.  Petersburg, Rensselaer Co. NY.
No data on them found again.  DID disease take them? Did he die in War of 1812 since this is a family that bears arms often?  Did she die and he starts a complete new life with other people.
I think I find Noyes with Abel in the census due to his age and what is either his Grandfather or Great Uncle.  Abel's children are mature but he suddenly has a young man in his household.

Noyes marries Susan Madison around 1832 and has children in NY. 1 child in MASS.
Last child recorded was 1850 in NY was Charles.  By 1857 they are preparing to move to ILL.

Calvin died in 1910. Grandad (Carl Fremont) shared stories about his father though very few. He was a young man by the time his father  died.  My Father was born 3 years after his death. 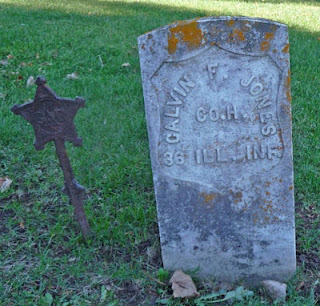 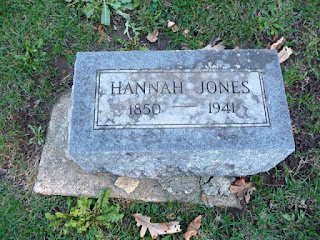 Posted by Susi's Quarter at 12:32 PM No comments: Links to this post

He moved to Nunda, Illinois as a young man with his parents and family.
They left a large collateral family behind and many also came west already ahead of them.
He and his brother William Harrison Jones enlisted from  Nunda to serve in the War at Aurora, Ill.
Calvin lost his brother at Murfreesboro, Tenn.(Stones River) I have Calvin's service and medical records papers. They served from the same unit.

Calvin was buried, and given up as dead.  A family near, heard his moans and found dirt moving and dug it away and took him in and nursed him back to a bit of health. He walks back to Ill. He re-enlist to
to serve about 10 weeks and was mustered out again. Fought for 30+ years to get his pension back.I have copies of all the letters that were written to verify he was who he was. At least I think they are all of them, in his file.

I understood him to be a very kind gentle man and was well liked by all. My Grandfather looked much like his Dad but Calvin had blue eyes.  My Dad had the blue eyes also, and color of features as his Grandfather but different build. Calvin was thin and wiry. Dad was more stocky.  Grandad was thin and wiry also.

Calvin took a musket ball into the lower left chest and lost all the lower ribs front and back as I understand the medical data. Grandad said you could set on his lap and put your fist in his stomach and your knuckles showed on the back of his back.

Calvin and his sister Arvilla took possession of the land of his parents. I do not have the results of whom got the land at his demise.  In time, I hope to.

His family moved to Chickasaw County, Iowa area with other families.  1 sister stayed in ILL and was married, there.

Family moved around in Belmont, Floyd, Butler, Chickasaw County.  I have pictures of the tombstones.

Cousin Ed Roberts sent me data on William HARRISON JONES. I have picture of where he is buried in files somewhere.

Regiment lost during service 11 Officers and 193 Enlisted men killed and mortally wounded and 1
Officer and  127 Enlisted men by disease. Total 332.

Posted by Susi's Quarter at 2:46 PM No comments: Links to this post

Posted by Susi's Quarter at 6:21 PM No comments: Links to this post

Why both you ask?  Because it shows you the progress you have made, when you may feel you have made none.  Mom was a stickler for showing your accomplishments. Of course, that is a building esteem thing.

Thing may not be the right word but it fits. Esteem is a funny critter to work with, in us humans.

So I am learning when January comes this year I will have done more than I expected in many areas, not enough in others.  That is not new either, we still are humans.

So my recent adventure sent me looking for a George MADISON and wife Hulda J Madison, which I strongly believe is Susan Madison JONES brother.  In so doing I found him yet and still only that one time in the 1870 census near Susan Madison Jones and her husband NOYES JONES.

In looking for him I went back to my list of kin in this area and have acquired with the help of a friend researcher in Iowa, photos of my ancestors graves, land records not previously searched, and now looking for maybe an Obit for NOYES JONES or SUSAN MADISON JONES.  Actually I will take any obit on any of this family in search of clues.

I did get a tidbit that implied George or at least his son George H MADISON may have gone back east not liking Iowa lifestyle and married. Found by friend researcher in Family Search, I never find anything there. Only with Sister Ruth when LDS on Robinson Ave. SD, CA did we find stuff with her awesome help.

I have Marriage records, death records, family personal stories, pictures shared and had hoped by now to track down the picture of Noyes JONES and Susan Madison JONES that hung in  Walter Charles Gritzner's Grandparent's home when he was young.  His mother was HAZEL JONES GRITZNER, I believe my files in box will show she was the daughter of Alva Jones and Zelia Augusta Noble.
Alva was born 15 Dec 1874 and died 30 Dec 1963. I did not find him before his death and I was looking too.  I have Walter's obit etc.

I have Alva's college records, I have much data that Walter shared with me. I know have pictures of his tombstone and hers. I did not think to ask for Walter's not sure if one up yet.

Nora, b 1870 May, d 1958 March. the oldest of Calvin and Hannah's children m Iver JEPSON, had many children and moved a few times too, Cousin Ed Robert's is from her.

George b 1872  whom mar Belle Fox had children and moved away for a bit also, I am told.  Need to dig out the boxes of research prior to computers.

LaMont(e) Earnest Jones b 14 August 1882 Pearlrock IA d 1 Feb 1939 California. married
Lulu Maybelle Torrey she born 2 June1884 d 19 July 1953 California.
He is my Grandfathers' closest brother.  I can tell stories about what they did.  He was seriously injured in a race to a cattle grate and later was a grocer and then moved west to work.  He had 6 children and I talk with the youngest one ever so often. He also lives in CA.

Carl Fremont  b  10 Oct 1888 Iowa, died 12 March 1962 Casper, Wyo.  was married to his wife,
Victoria Mae (Ida) Foulk 18 Jan 1913 in Albert Lea, Minn. Have Certificate.  She dies in Cheyenne, Wyo. 1990? I saw her the year before she died.  She divorced Carl and later in life married
Charles NORRIS the State Senator for Wyoming.   After his death she remained a widow.
She lived with me for several months at a time and I got to know her quite well.
They had 6 children, they are all gone now but one girl.

As I post the names of the children and their children it is hoped I will find some missing links to this family of Calvin Fay's and Noyes Jones.  Calvin's mother is ever elusive  but you  never heard anyone say a bad thing about her or towards her.  Susan Madison JONES where are your parents and siblings?


For all my cousins help I say thank you.  I have met some and hope to meet more of you.