Her mother was Susan Madison Jones, her father was Noyes Jones, her brother was Calvin Fay Jones and others. Her husband's were Alfred and Addison Johnson. siblings. She was born in New York.
Died in Chickasaw County, Iowa area.
Posted by Susi's Quarter at 8:02 PM No comments: Links to this post

Surname Saturday,,,, Scott in Virginia with ties to Canada and Mass.

Thomas Scott's family is expanding.  Slowly, quietly it is growing, two others found the brother and sister of Thomas.  Maybe with three names we will find the parents of Thomas this next year.

It is interesting that we tie to SCOTT in Mass, Canada and Illinois in that order for the other line. This came about via DNA testing.

Theory, (Mine) is siblings went to different ports of entry in the 1700's ? maybe the 1600's. Since I already have SCOTT with KIMBALL in New England earlier than this. Relationship totally unknown.

Today on MyHeritage I found links to: Star Scott, Wayne Kinney, salterc, Ginny Moberly and two others.  I did not accept a couple because the names are common and the parents were not listed.  Thoroughly suspect they are kin. If they say they have  not found that information then I will gladly share. The more eyes and ears searching the better chance of people finding results.

That is how we untangled the other Scott siblings of Thomas.

I learned the names of other children that I had not yet confirmed.

So why have a blog(?) Randy Seaver was asked today at our meeting,  the answer is to resolve and solve our problems and find answers to the situations.  Best is to meet new family and learn more about ourselves.

Thomas Scott born? VA? about 1735-40  married and had children by 1761, actually think first child born in 1750's.  Wife Susanna Payne, was in Halifax Co. VA.  After his death the area became known as Pittsylvania Co.,VA.  I am descendant of John and Sophia Murry through Shadrack and Harriet Lewis SCOTT, down, down, down, down to myself.

Gladly share and exchange data located and have.
Posted by Susi's Quarter at 3:13 PM 3 comments: Links to this post

Friday's Recipe from Mom, may have come from a 4-H Cook Book.  She taught us Cooking, along with Sewing and Ceramics.

It is summer time, we do not need the heat from an oven.  Enjoy

Boil this ingredient one Minute.

Nuts may be added

Now comes the fun part. I have made this so many times that I learned to vary the recipe.

If can not have Cocoa leave it out,  add wee  1/3c more oatmeal or
coconut can be used.

I have left out the peanut butter and used almond butter and coconut.

I have made this double batches easily.

I have added raisins to the original mixture.

It is a recipe you can play with and find many variants.

This was given to me when I left home a married woman in the early 1960's. But we had been making it for years already. In fact sent it to him overseas.

When husband went over seas I moved back home, starting our own home when he returned in 1961,
Lemoore Naval Air Station Plank Owner meaning original base member no. 54.


Posted by Susi's Quarter at 3:49 PM No comments: Links to this post 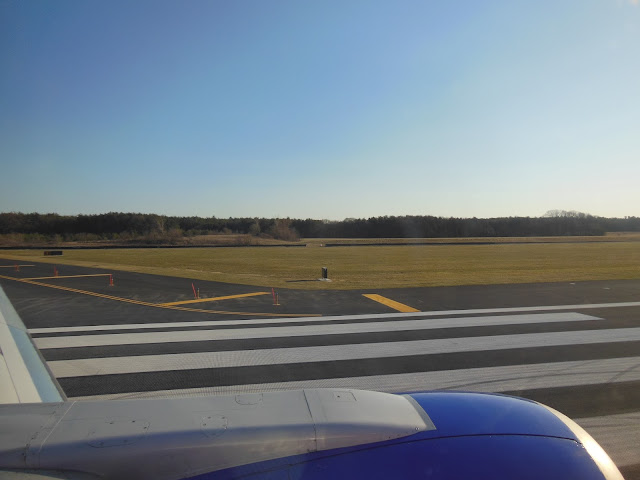 Posted by Susi's Quarter at 8:52 PM No comments: Links to this post

Thanks to how our parents raised us, to God for the gifts He has given us.  Thanks to us for listening and taking advise at times we probably did not want to.

Thanks to the children we have. Thanks to all their families and children and grandchildren.

Yes, we are Great Grandparents of one boy and one girl.  HOOT HOOT.

Thanks to our friends and additional family over the years for support and care in times  of good and bad.  Some was really bad or so we thought.

Thanks for letting me share.  Marriages can last but they are work. Glad I did not miss it.
Posted by Susi's Quarter at 6:49 PM 1 comment: Links to this post

The Fourth of July was always remembered by our family.  From quiet activities to sparklers and a few small firecrackers if allowed in the neighborhood we lived in.

Out on the ranch the sparklers were all we were allowed.  Firecrackers scare animals and can cause them major harm.

Last night a family member had damage to his animals in the barn from early firecrackers and he lost an animal this morning.  Not very nice neighbors out in the country where animals are. It was implied the objects were larger than firecrackers.

Knowing my daughter always brings the dogs in and holds them when the noise starts. It can damage ears of the animals and small animals can have serious side affects. Litterally, die of heart attacks.

Most do not think of it just their want to make big noise and whorahhh.

We would have a picnic or BBQ and we shared baseball games, and board games in the evenings.

If allowed, we had sparklers.  Some of our homes areas did not allow them.

I set here now in a community that does not allow firecrackers or other devices and have already counted 20 incidents of sound and pops.

Love to go to a Firework Display Show and see the different patterns of light and design in the sky but hate to have animals harmed. Let alone the grass fires they cause in this region due to being so dry and yellow white grass, un mowed and easy to catch fire.

Many times we would go to the beach and have bonfires and roast marshmellows and hotdogs, back then we could let the small firecrackers with adult assistance.

We shared food with our neighbors and had fun.  Needless to say, Strawberries were a course served on this day, either with Chocolate cake or as shortcake, lots of fresh whipped cream to share around also.

Wishing all a safe Fourth of July and remember the animals besides the people if your going to play.

It has been known to lower milk production, chickens laying eggs less, dogs having permanent hear troubles.  Stick with sparklers.
Posted by Susi's Quarter at 8:35 PM No comments: Links to this post

Making Pancakes, The Dorothy Hoffman Jones Way and Other Things


Making Pancakes, The Dorothy Hoffman Jones Way and Other Things

As promised here is more about Mom,  she was a great cook, could design and sew what she saw in a store window without a pattern. Mom learned to crochet, knit and attempted to learn to Tat since her Mom tatted a lot.  That shuttle just never would cooperate with her hands and she later learned to use the newer knitting methods and crocheted up a storm.  Embroidery was something she did for years on our pillow cases and towel set gifts. Mom wanted to learn Bobbin Lace like what her mother had done and inherited her bobbins, I think I  left that box at her home with the bobbins and thread and pictures I so wanted to share. It was not until some time later I realized that box got moved when Sis decided to take the black desk, and I did not get it back with my boxes.

Mom taught 4-H sewing for several years to the girls in the community.  Dad worked with the  boys with the animal projects. I had a calf and a rabbit or two for 4-H also.  We canned and froze much of the garden we grew. We butchered our beef, hogs, chickens, turkey's, ducks and rabbits.  Mom was the person in charge of the small animals and Dad was in charge of the large one's.  We were taught to be able to fix a meal and survive if needed.  We were taught how to build a fire and create water when needed for survival skills.  Remember this was the time of the SPUTNIK, and other places threatening our world as we knew it. Or so it was thought it was a threat.  Also our parents grew up, became adults, during the Depression and knew how hard life could be.

More about Pancakes,  you ever make a pancake?  I remember my first major exposure to making pancakes when Mom was ill with my older brother's birth. Dad had hired a person to help on Saturday and Sunday mornings.  It seemed Pancakes were always a Saturday morning ritual, maybe because we did not have time for Pancakes during the week. With farm chores and preparing for school our breakfast was mostly cooked cereal, toast, milk or juice or eggs, bacon or ham, fried potatoes and toast or biscuits. We had Sausage Biscuit and Gravy generally on weekends.  Biscuits were often used when bread was not baked yet. We bought few loaves of bread from the store.

Back to the Pancakes, this hired person was being assisted by Dad to make the pancakes for our breakfast.  After he made the first three he let her do it.  She poured the batter, she let the pancakes almost bubble on the top then flipped them. Alas the next step was WRONG.  She took the spatula and flattened the pancakes out heavy hard. Dad did not do that. He said to stop that.  She said she had to, to make them cook.  One more batch in the skillet and trying again, all steps fine until she flipped them and again ignored Dad and flattened them. (Flattening the pancake makes it heavy). Dad said, "Stop".
He got her sweater and asked her to get her bag and told me he was taking her home, give my siblings some toast and had the neighbor man come stay with us until he was back.

I learned never to flatten a flipped pancake the heat will cook it like the other side. Hence a light pancake.  Also never over mix the batter it also makes it flat. Making pancakes is a knack and takes some time to practice getting it right. The same applies to Biscuits but there is nothing like a good homemade biscuit or pancake.  Both my parents could make great pancakes and biscuits. They actually both were good cooks, Dad just did not like to do it often.  He taught us how to make range coffee and outdoor cooking but was not a fan of BBQ.

I learned to cook on a wood stove with a wood stove oven also for baking. My younger siblings did not get that chance because Dad got gas in the home we bought for when my baby brother was born and it was gas and wood.  Baked bread out of a wood stove oven is absolutely the best.

Thanks Mom, thanks Dad. 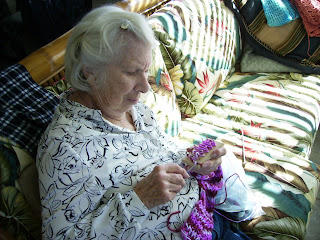 died and we inherited his waffle maker. I was a young adult then.