Another milestone completed, where has the time gone.  We have ten grandchildren.  We have had a hand in watching them grow.

Last night another one attended their first prom.  Only three more to go, which will all happen in the next two years.

Then they will all be graduated to the adult world.

We are blessed with a Master's Degree, a Batchlor's Degree, this month, four more in various stages of education, four completing High School.


Where has the time gone?

It was fun to share in the making it happen. To see the excitement and apprehension mixed as one on their face. The glow of a night spent having lots of fun when it was all done.  It lightens the heart to see
this  happen.
Posted by Susi's Quarter at 5:19 AM No comments: Links to this post 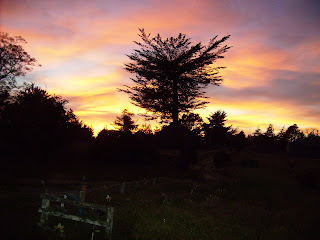 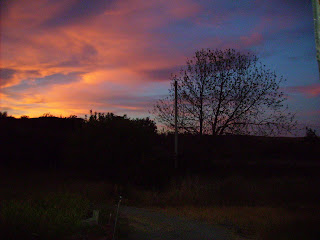 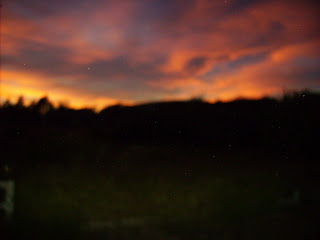 Posted by Susi's Quarter at 5:47 PM No comments: Links to this post

I was blessed with getting to write to her in my youth.

Oh,I argued with Mom,in the beginning about having to write her monthly.

Seems everyone had tidbits about this interesting  lineage,  aah but to prove it.

A certain George Eastman had a web site that had us dangling,  I shared and we no longer dangled alone.


Posted by Susi's Quarter at 7:02 AM No comments: Links to this post

The fun has begun. This is probably the fourth book that I have started and have yet to finish but one.

When doing genealogy one has to decide, I think, to know when and how much you may want to write  about. So I have made some new rules for myself to follow.

1. Pick the person or topic.

2. Decide the time line of the articles to be  written.

3.  I suspect one should know the subject well enough to do this next step.
3a.  Determine how many chapters will it take to get the message out there.

4.   I think that is what I was missing before. If you have much knowledge on a subject, person
one should be able to determine the subtitles of the topic.

5.   I did this for a short story and it seemed to hold up quite well, I suspect the same applies to a long
one.

6.   Remember the days of outlines, O yes those dreaded outlines so you did not miss what you wanted
to say.

8.   Organize your data to keep you centered on the topic. A must I find to stay on topic.
(To many side stories, and names)

9.   You may want to do outline of a group sheet, to keep it in control.

10.  Start, it is just words, they can be erased, moved, added and embellished
with pictures.

Posted by Susi's Quarter at 12:08 PM No comments: Links to this post

A great site for Scottish  Information

Enjoy
Posted by Susi's Quarter at 11:12 AM No comments: Links to this post

Wanted you to know, I have been chasing your Dad's family, with a modest amount of success.

The family has many hundreds of interesting tales. The most fun has been meeting my second  and your second and third cousins, etc..

My family, has met  one of your Uncle Monty's son's. We shared a B B Que at Don's  one year..
He also met your brother,  I have shared many conversation's, with other grandchildren of Great Uncle Monte.

We have met kin from Great Uncle Walter, an older brother, of Grandad's, Having conversed  with,
Down line kin of Great Aubt Nora,sharing pctures and information.

We only have one sibling we have not communicated with kin of yet,

We are missing who Noyes Jones Grandfather is. We found Noyes Jones's father. He was a Noel Jones, Mother was a Susanah.

While all this happened, other things happened too.  I pray all is well with you.  You are deeply missed, and loved to.  Oh, Did Mom kick your butt, like she said she was going to for leaving her behind?  May you walk with the Angel's now and always.


Teague Jones is our beginning here, his father was a ship's captain of some fame, as was his father.
Posted by Susi's Quarter at 6:34 PM 1 comment: Links to this post

Ever since the ships sailed westward with people, people have been hunting for their kin.

Yes,  probably since the start of migration and flight, this has surely been going on.

We keep learning we are older than we think.  We are surely more inter linked long ago than what our mind determines.

Our Jones came to American soil fairly early.  He fought the Narragansett Indians in the mid 1600's,
I recall it to be about 1648.

Family lore has him born about the time of the Mayflower's landing. That has yet to be proven.
Many other things have been exciting to learn and confirm.

Teague lived a harsh life at the time, it seems he was at odds with the Puritan's. more than not. Yet, later he is  exonerated  and given status in the court.


His son obviously,  had decided this system wasn't to their liking, moving to Rhode Island.  We learned of  at least one sister, marrying a Nickerson,(proven), and two brothers, Working on a very potential third brother.

One son moved north to what some say became Maine.  At this time, it was just the northern part of
Mass. I have not proven this yet, there is much evidence to imply it true.

One son marries what appears to be Teague's best friend's daughter.  This is the line we descend from.

Richard Berry and wife Alice Berry, had children, he is from England.  Believing his marriage took place in Mass, due to a couple of court reports.

Did you realize that the Puritan's did not like men living together?  Teague and Richard were brought up in court on charges because they roomed together.  This is all in the Town Meeting Minutes.  I made copies. Their marriages surely happened after this incident.

Josiah and wife moved to Rhode Island.  The family stayed their until mid,early 1700's. Many members stayed on and didn't move.  They were their near a hundred years, when Josiah's grandson
moved to Dutchess County, New York, then up to Albany County, when split much of the family was then in the Rensselaer Count area.  Some kin in Saratoga  and Washington County, suspecting some stayed in Dutchess Co. also.

Our line stayed here in Rensselaer County, until after the 1850 Census, others still live here today.

We moved to Nunda, Illinois by 1860.  My Great Grand Father served in the Civil War from this residence.  Loosing a brother at his side in Tennessee, almost losing his life also,

Family then moved to Chickasaw Co. Iowa, region. Some family is still in this region, though my Grandfather moved on to Wyoming after marriage.  His children being raised there.


Being born in Wyoming,  moving  to California when small but trips home every few years to see all the family. Family still in Iowa, Minn, AZ, OR., Colorado, Wyoming,
Washinton, GA, distant kin in New York, AZ, Canada,  GA,  OH, and probably every state in USA.

Posted by Susi's Quarter at 12:06 PM No comments: Links to this post

All the other children were born in Wyoming, after 1914.

Ray  and wife Dorothy  left a legacy of  four  children and  twelve direct grandchildren.  There is also, step grandchildren, of these I think the count is nine.  They are all counted as family.

There are many in the younger generations coming up.

Ray and Dorothy Hoffman Jones, married in Wheatland, Wyoming, in 1938, their first child born in 1940 in Wyoming, the rest in California.

Ray  worked on a cattle ranch since a young boy, later marrying still doing ranch work.  Later they moved to Greybull,Wyoming as a ranch hand on the Diamond Tail Ranch, for Howard Flitner. A ranch that still exists today, partially turned into a Recreational Guest Ranch.  You can book a vacation there and ride horses and be exposed to ranch life.

Ray and Dorothy, later moved to Petaluma, Ca. to assist his sister's husband on very large Dairy Ranch.  The War had taken  the workers away.  Ollimac Dairy was well known in it's day.  It now
is an Olive Ranch.  A daughter was born here.

After the War and workers came home, Ray moved to another dairy closer to Petaluma.  Here he fought a bad fire threatening the ranch, had mumps and  spent time in the hospital and had another child.

By mid 1948, the family went looking for a home, after many queries, they found home in Sonoma County, Valley Ford, Ca. Right behind the local school grounds was home.  The barn was built in 1854 carved in the hand hewn boards.  The house was built  later in stages.

Ray remodeled the home over the years, changing the stairs and making the attic  a large bedroom for
three.  Added a large bedroom and back porch area for working space.  Revitalized the added on bedroom,near the large rock and small milk barn,   Later he built a Grade A dairy barn, that was burnt
by a wildfire, the day before final inspection.  He lost all outbuildings but the 1854 barn, near the road, and by the valiant effort of neighbors and Volunteer Firemen, they saved the house.

He added a fireplace for heat in 1958,  in ten years he had made many improvements.  The fire was in
1966.  We heard it was children in the hay field.  You could still once in a while pick up a piece of wood or turn the dirt and see ash from the fire.

He raised four children and assisted in the raising of his grandchildren, many times over.  He even took in other children to help get them on their feet.

He was married almost 58  years at the time of passing.

He found his Father after many years of hunting for him.  He worked hard to keep his siblings in touch with each other and create a sense of family.  Just ask some of his nephews and nieces.
Posted by Susi's Quarter at 3:24 PM No comments: Links to this post