Today taking a few minutes to scan over Ancestry.com, MyHeritage.com and Geni.com data I was amazed, shocked, stunned and saddened by what I learned.

Knowing Mr. Tanner wrote a bit about this the other day was the reason I went looking to see who was keeping accurate records on some of our lines.

Many of these people having shared data with and sources and pictures and lots of information, I was deeply saddened by the lack of respect for selves and their work or for my work.  Some were minor and that can happen, errors. Alas some were glaring horrid no way could be correct errors.

Some how recalling the sharing done in the 70's, 80's and 90's. Very little of this happened, at least not deliberately. Back then people were looking for the facts and sources to their stories and tidbit puzzle pieces.

It seems that today many are grabbing??? data and just plunking it down and someone else is copying it thinking it is correct.

Suspect few realize how many hours, stamps, letters and posts were sent to get the correct sourced information to use in our trees.  This is not a cheap hobby.

Before computer was popular, it was pencil (pen) and paper or typewriter and copy machine and time consuming efforts to find the answers to our ever non ending research questions.  Yes, we even moved to Pen and Paper after data was confirmed and would not need erased.

It may be a hobby for some and a diligent adventure for another but the truth needs stressed as best as possible. When not enough proof is given state you only have two sources.  I use 3 at the smallest.

Census records are not always factual because they data may have been given by a neighbor. Names have been distorted and ages guessed at.   Ironic because when I was helping MOM as a young person, we were given the impression census data was pretty acceptable.  1950's.

Because of the work put into many peoples trees please make sure that the data is accurate by checking with them or their source.

Try to not take what you want and leave what you don't believe.

Many years ago I received a phone call from Fayette Co. PA from a well known retired Professor.
He was most upset with my new tree I had put out for all to see.  Fortunately we chatted for a bit and I told him if he found my sources not correct to let me know because I had never been to where this happened or did not grow up with stories about what happened. He had.  A week later he called back and said he was so glad we had communicated and he learned two books on the market had errors of gross invalid information on two of our lines.  It was the stories he had heard since small and he was then 87. He could not believe the family had some where along the line changed the story around to be erroneous. I had told him I had to learn the data from all the sources I had researched. Libraries, family members, court documents, church documents, church bulletins and tax records, land records and wills and probates.  I did not have the family story which probably saved me months of searching the wrong direction.  As it was, it took my quite a bit longer than I had thought possible to garner the information that I used. I then got a plane ticket and went to this state and county and town to learn more.  In the end a newly found cousin and I put up data on the web and I still pay for the site for others to see.

It is in dire need of help but I am not a computer expert in that area.  But the facts there all had at least 3 sources and many more.  Cousins were given credit for their work and the site then was awesome.  Many have passed on now since we are talking early 1990's.  Some thankfully are still with us.

Never thought it would take this long to find this much but glad I took the journey.

It saddens me to have others still post erroneous information after all the work went into making sure it was accurate.  When NOT SURE. a note was given regarding that.  We had to have a second site to place all the sources because the carrier said our site was to large.

LOL today we use clouds.

So do your research but check before just accepting.  Alas many on Ancestry do not answer one's email but sure love how the people on MyHeritage respond promptly and with great care.

BTW, MyHeritage is a great replacement for FTM. Or Bruce Buzbee's Roots Magic.

Have a Blessed New Year and many great adventures.


Posted by Susi's Quarter at 8:00 PM No comments: Links to this post

Wright's are the name of the game.  Can we dig out other WRIGHT Researchers and share.

Having in my line this information.


Jesse Wright, of Dracut, settled in 1774 on the lot now known as the Davis Nevens farm, which he bought of Bagley and Little, May 29, 1774, for "three pounds of lawful money." The deed, still in existence, was acknowledged before Stephen Longfellow, of Portland, and witnessed by Nathan and Jonas Coburn. Mr. Wright's first log house was just east of Meadow Brook. His brother Joel and Timothy Wright came about 1777.

I found in New Hampshire Birth Records, Early to 1900, records of Jesse and Joel Wright, both born 19 Nov. 1749, and Timothy Wright, 2 Aug. 1744, all born in Pelham, the children of Jonathan and Abigail Wright. Three earlier children of Jonathan and Abigail were born in Dracut, so the family seems to have moved across the border to New Hampshire in about 1742-44.
It looks like Jesse Wright was from Dracut, Mass., and/or Pelham, N. H. From Elder's History of Lewiston
shared by Chris Dunham

Sue, I have an ancestress Deborah Wright who was the daughter of Joseph Wright and Deborah Stevens. Their oldest son was Jonathan Wright, born in Chelmsford, Essex, Ma. 24Oct 1701, died 25 Jan1784
in Pelham, Hillsborough NH. He was married to an Abigail(Unknown last name) who died 10Nov 1779. I have no
sources handy atm, but I noticed the names Coburn in Chris' reply. Deborah Wright married my ancestor Moses
Coburn. Chelmsford was part of Dracut(or vice versa..it's late and I'm too tired to think clearly.)

Hope that is of some help for what it's worth.. Bill WEST

This implies Jonathon and ABigail Wright as parents.

Pelham, Mass --- Pelham  New Hampshire.  History lesson needed. Wasn't this all Mass prior to the  other states development?

It appears that Bill's family and mine are the same.  The same applies to Chris Dunham data.

Further confusion welcome.  Who else is tracking any of these families.?

Having a nephew that is a WRIGHT and a Cousin that has another WRIGHT line could their be links?

Also is the Cook a line attached to Mayflower.? I have nothing on Abbey or Abigail Cook.

SusiCP@cox.net
Posted by Susi's Quarter at 2:34 PM No comments: Links to this post

Wrights of Otsego County, New York Does anyone know them? 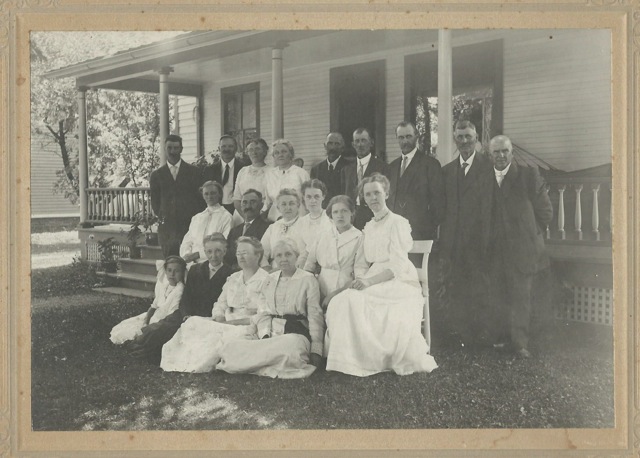 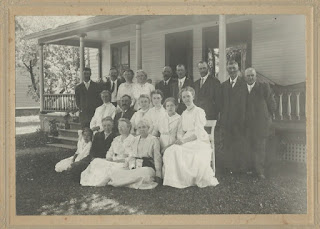 Posted by Susi's Quarter at 7:40 PM No comments: Links to this post

Christmas Greetings, Do you send them?


Christmas Greetings, Do you send them?

Since it is now the season for greeting others and sending best wishes, do you do this?

As a Genealogist, I have sent a Christmas letter every year but a couple were illness prevented it to happen. One was sent in January to share news with family.

Many today just post a note on Facebook or any other social media and do nothing more.

A greeting is always welcome, short or long but a greeting including an update on family is most appreciated by genealogy/history gatherer's of the family.

If you are contemplating what to do maybe this will encourage you to  make this the time of year to share the family photo of major events this last year or a story of what happened in your neck of the woods.

Also using a blog will reach many if they are reading your blog.  Using the blog is  a great asset.
If you share family knowledge through out the year you have a good basis for creating an interesting informative letter to your family and friends.


Sharing that including friends can be vital. This year I learned a class mate is actually distantly related to me. Who would have thought that would happen.  Neither of us would have dreamt of this in 1957 or 1958.

If sharing your genealogical knowledge maybe you can pull it from your  blog or genealogy program.
Did you get new ancestors confirmed or pictures or places of death (cemeteries).  What a treat that must of been. Share it with family. One never knows whom in that family may take an interest in this endeavor.

A simple made card or purchased one can make many home bound and handicapped to feel they are not forgotten in this crazy world.  Yesterday was sharing day, I meant to write this then.

Share your self with others, via a note, picture, letter and for close relatives that are aged, do a follow up phone call.

The sound of their voice may be the last time you hear it.  Our world is not the same any more.


This applies to other religious holidays be various groups, for many groups are more the same than different. Remembering that the Birth we are celebrating was a Jewish person and He never said to not practice our Faith.  A Catholic Sister had to go to the Vatican many years ago to get the Vatican to verify what she was teaching in a school.  I believe it was in Maine.  Life is very interesting.


Posted by Susi's Quarter at 10:18 PM No comments: Links to this post