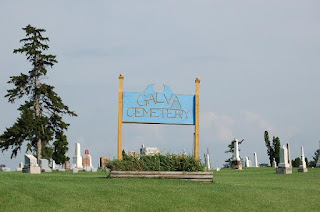 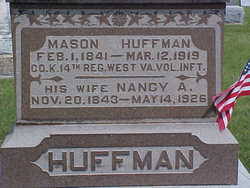 Nancy is a sister to my Rachel Plants

Mason is a cousin to my Sanford Hoffman.

Henry Huffman -- Hoffman around 1850's.  changed his name from Huffman to Hoffman when his younger children came home from school and they learned there was no Huffman in Germany.
By changing it back to  Hoffman he was able to get less mail to deliver to his cousins, and kin that lived near that were also HUFFMAN.  I have copy of his letter when he wrote to Sanford telling him of the change.

Their descendant came to visit with my husband.  USNavy and Ogden and Boone, Iowa connections.
I showed him the picture of my Grandfather that caused me to call him years ago at Christmas time and say," Do you have Hoffman/Huffman background and he said yes.  The two people pictured about.  Then I got to tell him, it was great to have him as my hubby's friend but I was excited to find he was a double cousin.   Yes, they look alot alike, only Grandad Hoffman was much shorter.
Even when young, we compared the pictures the resemblance was there.

Yes, their daughter married a Heck and so the name changed for hubbies friend.

What a thrill to have him come see us again and we both miss his wife, RIP  Kate.
B and B are the boys.  Of course all grown now and families of their own.

I met him when he started duty in the Navy at NAS LEMOORE. He met his wife at Lemoore and married her. Then we shared duty areas in San Diego.  Later he got out at the end of his tour and we continued on.

Their parents knew each other.  The boys worked for each others parents.

What a great visit this has been for my husband.  Alas he can not identify the lady that Grandad called his Grandma G G Great.