More JONES Boy's with their Wives. 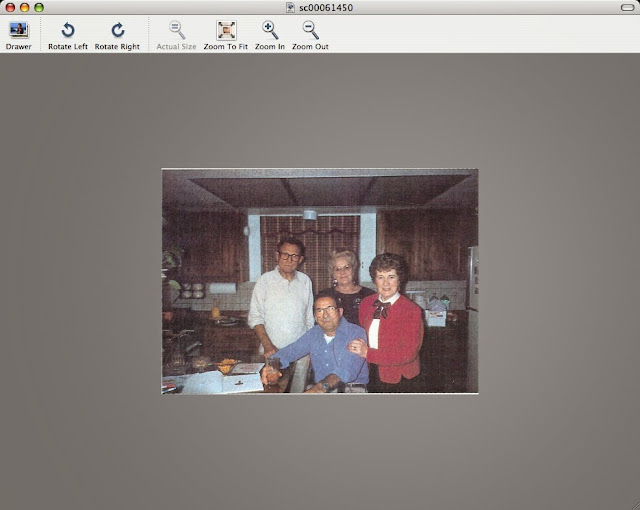 Here is the picture of more Jones cousins. Lucy Jones is the blonde in the back wife of a Jones boy.
She did not label them so I am at a loss as to whom is who. Calvin I think is one?  They were brothers.The other one should be Fay. Their parents were Walter Jones and Elizabeth Spooner.

They had a sister Ruth whom married and moved to Oregon her last name was MOEN or MOON.
Much of this from Lucy telling me this on the phone or in conversation.  She was a very gracious lady.  She visited my home at least twice if not more often. I have pictures of her with my Uncle Gerald Jones in Lemon Grove pre his death 12 March 2001.

Toby Jones, I believe this is your MOM and Dad in the back of picture. Fay and Lucy Jones.

Remembering the story Lucy Mae Anderson Jones told us, about Fay and his brother, involving my Uncle Gerald Oliver Jones.  Sad story but family stories are not always happy ones.

I am  happy to just be able to find you after DAD (Ray Dee Jones Sr) looked for years for you people.
Wonder if Fay and Dad's searches ever crossed. I doubt it because he was really looking for Lamont, ie Uncle Monte, stranger things have happened.

Dad did run into Monte's son one day and I saw him too. Wow did that son of Monte's look like DAD, sound like Dad and even the Foreman at the mill (Hunt & Behren's Feed Mill, Petaluma, CA) was amazed.  Alas he died before he got  out to see us.  Later we found his baby brother Donald Gene Jones of Sacramento, CA.

I have a picture of Donald with Uncle Gerald and I on the front of the blog page. May they rest in peace.