Met this marvelous man via a friend at NAS Moffitt Field. Was introduced by my friend  Ed (HOOT) Gibson, to him.  He was also Ed's friend in the service.

Having gone to the Club to break an engagement with an interesting  man that met with parents approval but not mine. Our mutual buddy Hoot, met me and we shared chat and life and family while waiting for the soon to be ex to appear and  Hoot was waiting for his buddy to come in.   Hoot was very married to a marvelous woman and I had hoped to meet her some day.  His "Hoot's"room mate was my classmates brother in high school.  So I had known him for a few years already.

Well, time moved on and I told the ex to go enjoy the buxoming blonde he was dancing with and have a great life.
Shortly after, as we, Hoot and I were talking about his family, I was drawn to a person that had entered the Club.  He didn't see that person come in.  But my reaction was startling.
I said to Ed," Wow my brain is gone nuts, it just told me that, that was the kind of guy I wanted to marry."
I was laughing so hard at the thought and having just broke up with a person, it was hysterical.

Ed HOOT says, It's Okay Susi, I think you will enjoy my friend.. He is a confirmed batchelor  but a very nice person.  I said,"great not looking to get involved right now."

Well this was mid February. We married in July and were engaged Memorial Weekend. He even went to meet my parents and get Dad's approval.  Which was given reluctantly.  They still wanted me to marry that other person.   No, they did not come to the wedding but other relatives that lived near did.

Mom in later years, told me that they thought if they did not come I would not marry him.  The loss was my sister couldn't be my bridesmaid and my siblings were not able to attend the wedding. I am the oldest of them. Fortunately Vivann Myers stepped in and I gave her the dress to keep. It was my prom dress. It looked stunning on her and I hope she wore it to other events before the Hurricane hit LA.  (My last contact was after their second child and they were worried about the Hurricane, she called me and Cal was out on a boat working.)  Cal did not stay in the Navy like Fred did.

Andrew Pentico the delight you have brought us is overwhelming. Your growth as an adult and preparation for your marriage is suburb.  The adversities you had to overcome were many and some you will still battle, as we all do.  Maturing some times is the pits but I have found it to be the most rewarding thing we can to is mature and reach out to others as they have reached out to us.

My, I wonder what all that will bring.  All our Grandchildren have graduated High School, some have graduated college, some in college. But College is not always the answer. We still need technically trained humans in our world.  Mostly we need them to be alert, caring, and considerate of others, to remember we believe in God and go forth with satisfaction in what you have accomplished in the past to carry into the future.

Our past gave us great people to remember, that fought to create this country, that shared their country with the new comers, to create what we are today. Never forget that the past helps to build what your future can be if you want it.

Looking forward to what the other grandchildren are going to do with their lives and share with us.
We are so proud of all of them and what they have already accomplished.  More stories to come. 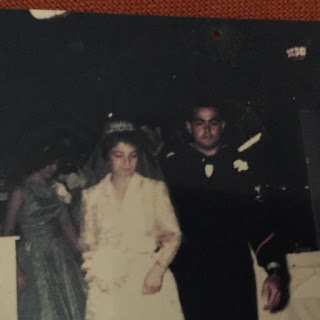