Richard Higgins  born in England.  Married,  3 times if research I have done is correct.

Richard was married to Mary Snow Yates,   Yes also to Lydia Chandler  1st wife.
Dispute yet about 2nd wife's last name I found in papers after intense research she was Snow Yates. Still in debate.  She was a SNOW m a YATES then Richard HIGGINS.

*Records of Plymouth colony  Birth, Marriages and Deaths
Also stated was this ( John Yeates, the son of John Yeates, deceased, which said John Yeates, Jr is the son in law to the said Richard Higgens, was borne att Duxburrow the 15th of August 1650.
{32} Data taken from Richard HIGGINS and His Descendants of Plymouth Eastham and Piscataway.
There is much more 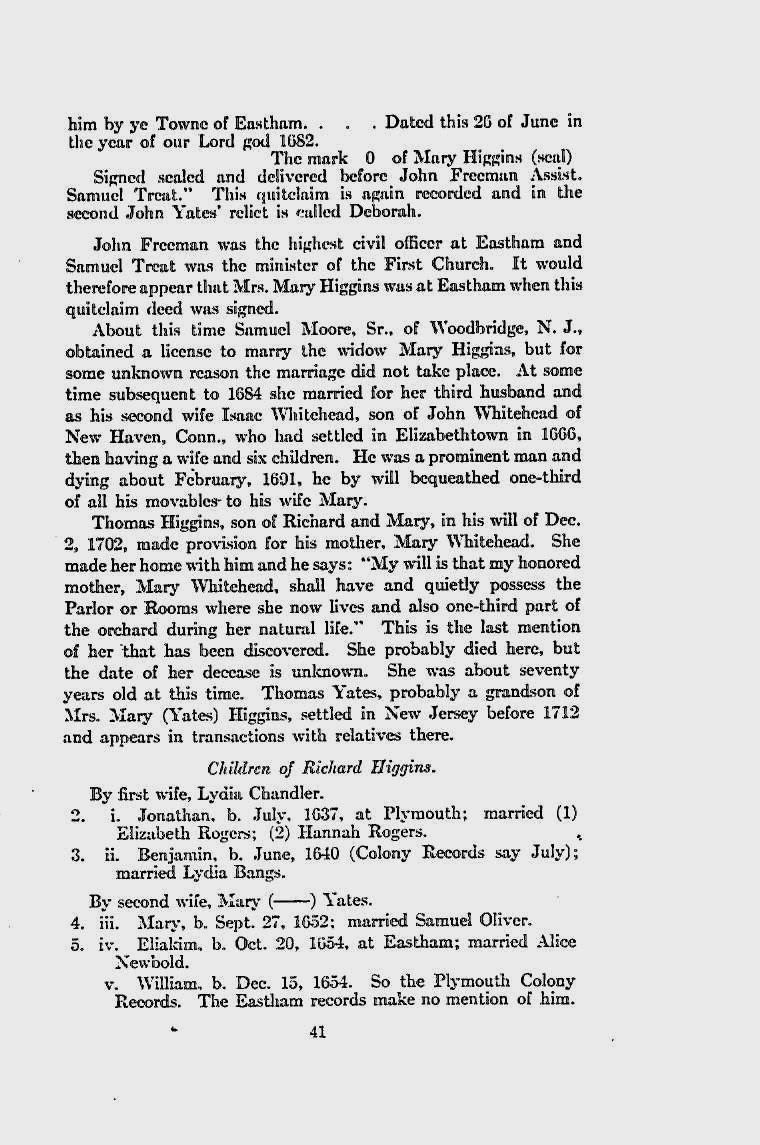 here in above she is referred to as Yates.  It was this link that lead me to SNOW.

I have a shingle off the STOUT house in NJ.

Much on older computer and reverifying data now from 1970 to 1990 work.  Very large large family.