Ironic as it seems the name was Hoffman in Germanic region of Europe. It appears that as the British heard the name they thought it was HUFFMAN, HOOFMAN, and other variants. Spoken with a brogue it would sound like above also. But the spelling was HOFFMAN.

Now PLANTZ is on a castle in Germany of today. A distant relative went after WW11 and was going to meet his kin and got cold feet and came home with out lifting the knocker. He served in WW11 in that area.

So a brief synopsis of these two trees.

Sanford Hoffman and Rachel Plants were neighbors in Greene Co. PA,  they married, had children and lost first born and later moved to IOWA near his brother Dr Hague Hoffman.  Their first born child is in Windy Gap Cemetery, Aleppo, PA., high up on a ridge where you can see for miles.
Much of the family in this cemetery.

When I first saw this cemetery my mind said I wanted buried there or ashes scattered there. They would cover all four corners of the earth the way the wind blows.

Back to family story.

Sanford was born 24 Nov 1834  Married 20 May 1858.  Shows on the Currier and Ives document previously posted. Sanford wrote that document and shared the pictures. You may want to go back to that blog page to see it.

Served in CW under WVa with brother 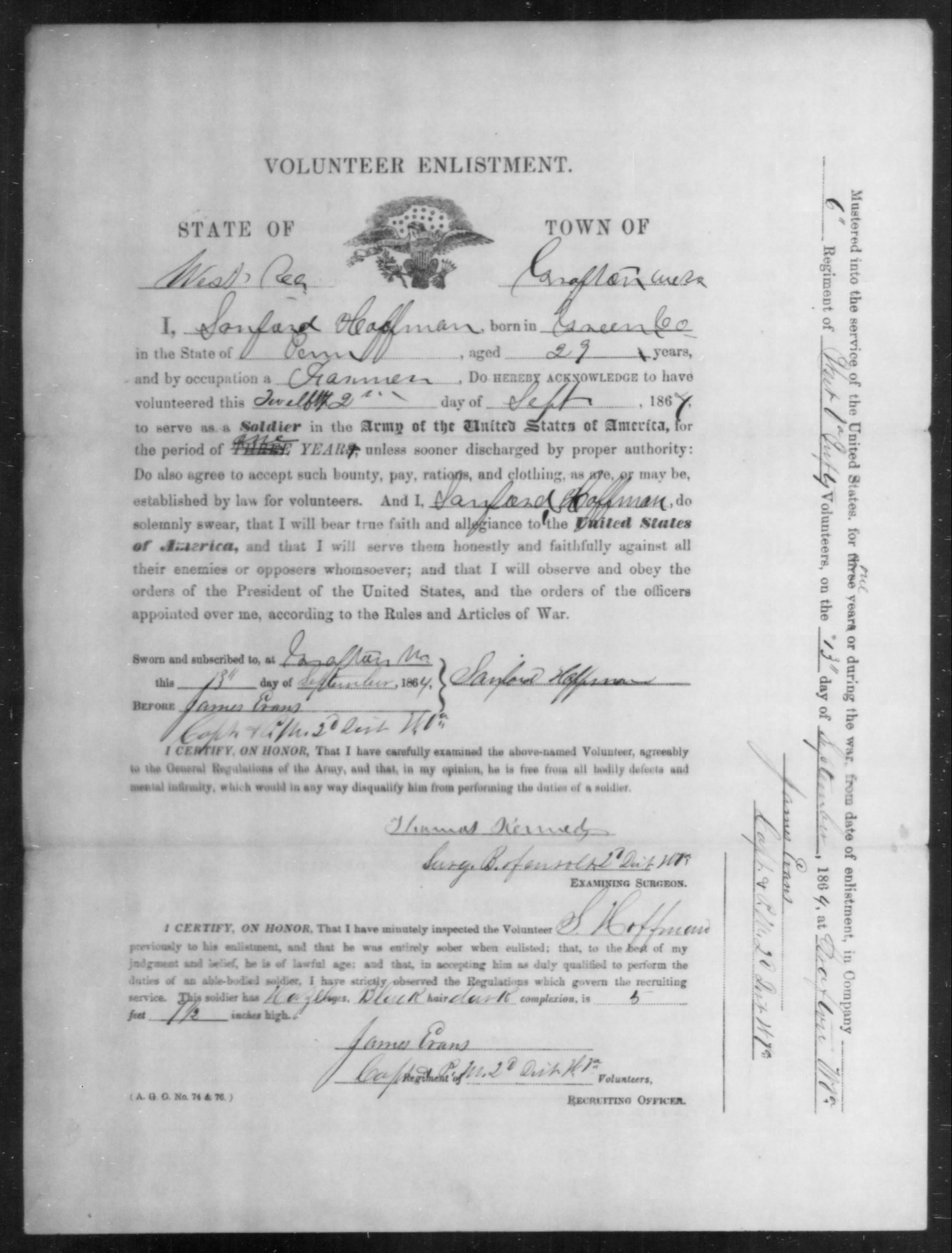 1880 CENSUS
Priscilla died as infant (have Picture) and did not go west with the family buried next to her Grandparents Henry and Elizabeth Hoffman.

After Sanford fought in the CW he came home and prepared to move west to Iowa.  His one brother was there as a trained Dr (after he finished Medical School). His sister also moved to Iowa also with her ill husband from the war injuries also. So Hague would be able to treat the wounded.

Great Grandad Frank, told the story of how he herded the cattle and sheep with a dog following behind the covered wagon they used. Jarvis helped also at times.  I suspect everyone helped that was able to. Mom had the story written I hope I find it in her papers.

Jarvis was b 1862 Greene Co.  PA m Melissa STOOPS and had children

Now having communicated with some of the downlines of these lines would love to have you fill in the blanks I have.  I am also on Facebook
Posted by Susi's Quarter at 4:02 PM