He served in the Civil War, a West Virginia unit with is brother.  He worked as a lay minister during the war according to family letters. He did the same when he moved to IOWA.

Their first child Priscilla b 1858 d 1862, is buried at Windy Gap Cemetery, Aleppo, PA near her Grandparents, two Aunts and 1 Uncle, and several cousins.  This cemetery has much of the family in it.  Though I have not been able to connect all the names to this family.  I have pictures of most of this Cemetery. I run out of film on the last 12 stones.

He was of the United Brethern Faith in Pennsylvania and worked as farmer and lay minister.

According to his letters he was in Ft. Laramie, Wyo for part of the war. That is how he knew he wanted to move to Iowa after the war.  He had to pass through it on the way there and back ( noted in a letter by him).


My direct line Franklin Cornelius Hoffman walked behind the wagon herding the cows and with a dog when they came to Iowa. 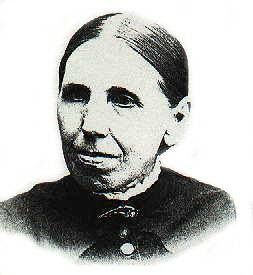 Rachel Plants  HOFFMAN.  Sanford's wife. His cousin married her sister, and ties us to the HECK's that are my husband's life long friend and childhood, neighbor.  See how small the world becomes.